The billboard, which is in New York, shows a woman naked with two men. The provocative bits are all covered up, but the implication in the Calvin Klein billboard is clear.

Many parents are upset since the billboard is located in a high traffic area. But others say they don't see the focus. 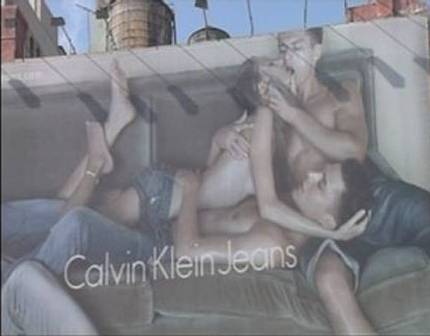