Well, the iPad is finally here.

The much anticipated Apple device has finally arrived but will it keep the Apple gravy train rolling? Read on to find out. 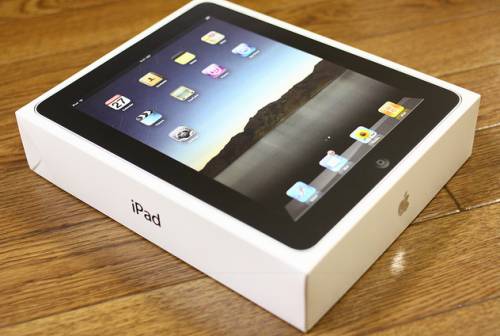 Now there's a reason we mentioned the screen ahead of the rest because that's absolutely the first thing you notice when you open the twice. It's a sharp HD-like display unlike any other. And the fact that it has a fingerprint-resistant oleophobic coating means you won't find yourself constantly wiping it clean either.

Holding it you also notice another thing, the 680g Wi-Fi model we have isn't heavy by any means but when you find yourself holding it for long periods of time, it can get a little uncomfortable. Which means don't look for it to replace your eReader in bed.

Although, it's screen size is perfect for gaming, typing and just browsing the web which is all the more enjoyable because of the undeniable fluidity and speed of the OS. The iPad is up and running in less than 20 seconds out of the box but what is also clear is that the start time increases based on what you install. For example, after testing a few hundred apps and 8 GB of data, the start time is now 25 secs.

Not much when comparable to a PC, but notable, nonetheless. Even with that said, it's perfect tool to have around to send a quick email, look up IMDB, listen to music, enjoy photos with the family, play games, or even use its beautiful screen to watch a movie.

And the games we talk about aren't the itsy-bitsy kind. The platform makes a perfect gaming just because of the ease of use, its screen and the number of downloads available in the iTunes store. In fact, if you've been gaming on the iPhone, this will seem like luxury.

We must also mention the phenomenal battery life the iPad brings. The device has a battery life of 10 hours and standby time of 1 month.

Yes, the iPad doesn't support Flash, doesn't include a camera but some of this should be addressed in the next version.

In any case, if you love the experience of the iPhone but are itching for more real estate at your disposal, the iPad is for you -- especially since we expect the available Apps to grow exponentially now that it's out.